Sense Free is a radio talk show with the title Liberation from Sense Level Living.

Hostess Lisa Winton and Swami Jayananda will talk about thought freed from the control of the five corporeal senses.  Listen as they discuss  the benefits of being held, controlled and governed by the Divine Law of Life. In this show they will explain how to access the Divine Principle before thought and above material sense. “Know the Truth and it will make you free” free from the false belief in mortality and personal sense. Welcome to the Voice of Yoga; we are talking consciousness! Join the Kriya Yoga Spiritual Advance to get the Light in your soul experience the freedom of Spiritual identity. 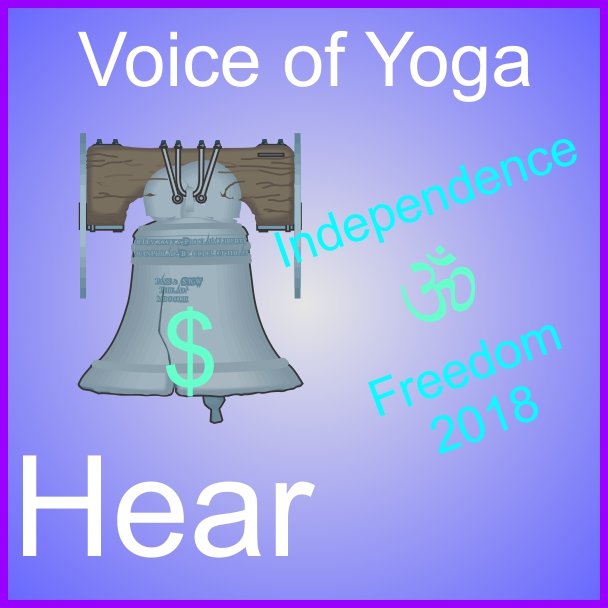 Independence as Union with the Divine 2

Independence 2018 is a radio talk show discussing the principle of one nation under God and what this has to do with bravery and freedom.

Hostess Lisa Winton and Swami Jayananda will again talk about the principles the United States of America were founded on; such as, the land of the free and home of the brave. Listen as they explain how this great nation strayed from the foundation– one nation under God. In this show they will discuss the concept of freedom and the role of union with the Divine in true independence. Learn how to liberate yourself from the realms of suffering and decay. Welcome to the Voice of Yoga; we are talking consciousness!
Join the Kriya Yoga Spiritual Advance get the Light in your soul and Prey on Prana.